FIRST PHONE CALL
HA: Assalamu Alaikum
PA: Assalamu Alaikum
HA: Wa alaikum Alsalam, Good Afternoon Shaikh
PA: Just a minute, I shall pass the mobile to the Shaikh
HA: Go ahead
HS: Sheikh Hassan, I am with you. Assalamu Alaikum,
HA: Wa alaikum Alsalam Al-Shaikh
HS: Cordial greetings Abu Khalifa
HA: I am sorry I had called you on the other line and nobody picked up.
HS: Bu Khalifa, Please go ahead, direct me.
HA: May no enemy give you orders. I have inquired about the Peninsula Shield and there was no Qatari participation. There are only two Qatari officers in the role of observers as per the Peninsula Shield bylaws that we have to abide by. This time we took reservations to avoid participating with troops.
HS: Yes but there are two officers from Qatar.
HA: Yes there are two observer officers from Qatar as we are obliged to comply with.
HS: Sir, Abu Khalifa, right now the people are dealing with and will deal with these forces as occupying forces. I hope you take this into consideration.
HA: Shaikh, I am with what you are saying and I am not meant to say this to you but we in Qatar have our reservations due to the brotherly ties with you. You know, the Peninsula Shield bylaws stipulate that we participate. We tried not to allow the situation to develop in order for us not to send forces, troops nor send an air force.
HS: Sir, Sir, I am not fully aware of the bylaws, but today the Kuwaiti Parliament has a problem. It will be raising an inquest into the matter and will take it up with the government.
HA: I am with you Shaikh, this is reality. But tell me now. What is the message you want me to convey to the Prime Minister before he goes out. Or would you like to call me after a short while.
HS: Abu Khalifa, give me 30-45 minutes because you know this issue isn’t the easiest. The Opposition is in meetings. The inner-house is in meetings. It needs spinning. If something is spun, I shall call you Abu Khalifa.
HA: I will wait for a call from you in any minute.
HS: Thank you. Thank you.
HA: If something is formulated, tomorrow after the Prime Minster together with Saud Al-Faisal sit with the King, I will come accordingly, if need be, to visit you or see Shaikh Isa (Qassim) after I see what they reach to with the King or the government.
HS: This is an honour Abu Khalifa. Even if you are asked who you want to come visit, myself or the Prime Minister, come visit us there. Whatever works for you.
HA: Your presence is an honour to us, or His Excellency Shaikh Hamad, we are at your service. This is your country. We are your guests and this land is yours.
HS: I have no doubt. Rest assured. Pass my regards to Shaikh Isa.

SECOND PHONE CALL
HA: Assalmu Alaikum Shaikh
HS: Abu Khalifa How are you? May God grant you a long life. Of course you are following the developments.
HA: Yes of course.
HS: I am talking with you Abu Khalifa based on your request that I inform you of any new information regarding the police forces and the declaration of national emergency. We expect blood to be shed.
HA: Yes, I will immediately carry this story on Al-Jazeera. We have no problem to put this out now.
HS: Our message is that what is happening today is with the blessing of the Gulf states.
HA: I need to know, what are the villages, that are facing problems.
HS: All of them, all villages, right now, there is no protection for Shias in Bahrain. And we have taken this up with our religious leadership in Najaf, Qom and Lebanon. It’s over. There is no political protection or other for what is happening. There is an Al-Khalifa rape.
HA: Ok my question is, right now it is the afternoon, is there a spread of thugs or military personnel or police or what exactly?
HS: The thugs are the forces. They have weapons and are trolling the villages wearing civilian clothing. After the declaration, the army has been deployed. I can see this in front of me. I am standing in our headquarters and watching. The Security Forces as a third element are conducting the same role.
HA: Who is the person that I can get Al-Jazeera to get in touch with to get this information?
HS: Mmmmm..
HA: Shall I get them to call you and use an alias?
HS: No problem, I just need two minutes to prepare the topic Abu Khalifa.
HA: Get back to me in a few minutes.
HS: Immediately, I will get back to you.

THIRD PHONE CALL
HS: Salam Abu Khalifa
HA: Hello
HS: The number of the person who can speak to Al-Jazeera is the MP Khalil Almarzooq who was the First Deputy of the House of Representatives, or if you want anybody else, but preferably him. Right now he is at a meeting at the American Embassy so you won’t be able to reach him. Take his number.
HA: What is his number
HS: 36xxxxx
HA: Look, we will have a different position and we have no qualms. But we want cooperation, solid information and the details. We don’t want to appear, in front of the public, to have been hasty in our decision.
HS: No worries.
HA: We ask that everything is documented visually and dated.
HS: We are ready.
HA: I will organize it through you. I shall call you after a while.

FOURTH PHONE CALL
HS: Salam Abu Khalifa
HA: Hello
HS: Take this number of the man who will provide you with details and information. Take his number for you to get details from or even for the TV Channel. He can provide them with realtime details and footage. Everything is documented. 3xxxxxxx
HA: 96 at the end? Oh this is the number without the code. That is 973 I have that already.
HS: Yes, his name is Sayed Taher.
HA: Should we call Saif? or call Khalil?
HS: Call Taher Al-Moosawi now.
HA: Saif Taher?
HS: Sayed Taher Al-Moosawi. He is a journalist. He has very accurate information and can pass it on.
HA: OK, I will give you our strategy.
HS: Thank you
HA: Bye 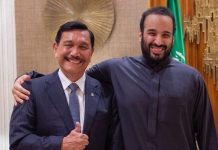 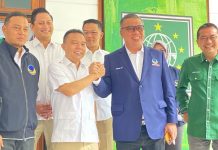 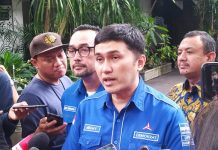 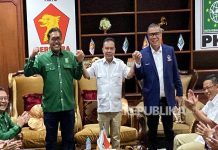 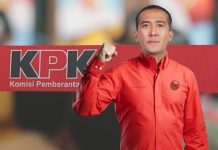